In the view of the Holy Seer, an ascetic who advances on the path devotion, knowledge and asceticism, should contribute to the welfare of the society in which he grew up. In order to materialize this, his holiness founded Shri Gurudeva Public Charitable Trust (Reg.) for the overall progress of rural people. This trust has implemented “Shri Gurudeva Grama Vikasa” program for this purpose.

Already overall 2017 Vikasa Vahini Co-Operative Associations have been formed in the districts of Dakshina Kannada, Udupi and Kasaragod. So far 13,385 women and 488 men, overall 18,153 members have engaged themselves in several rural development works.

Education, village sanitation, health and other basic amenities are being provided to the people. There are many training courses being offered to the youth, so they can, with confidence, become self-employed and have a self-reliant life. 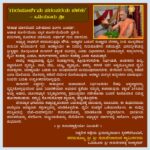