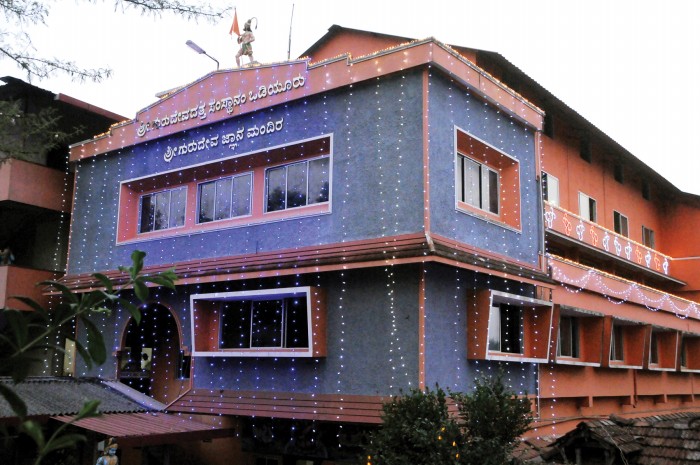 Due to  lack of accomodation and increase in number of visitors to Shree Samsthanam, the Jnana Mandir was built. The Auditorium has been built artistically with enough room for light and air. It can accomodate a 1000 – strong audience at a time. Like in Gurudev Sabha Mantap, there is a beautiful statue of Shree Guru Dattatreya in the stage.

In this very Auditorium Jnana Mandir, very many historical events were held. Mention may be made here of Karnataka Classical singers conclave, week-long Yakshagana Saptaha and Tulu Literary Meet. The inauguration of Grama Vikasa Yjane (Rural Development Plan) on the occasion of Swamiji’s birthday was also an historical event held in this Jnana Mandir. As we alight the steps of Jnanamandir, we see the Kalinga Mardana Krishna idol to our right side. As we move further, we see the sculptural marvel of Sheshashayee Srimannarayana. Then as we walk towards Shree Gurudeva Ashram, we come across the attractive carvings of Shree Guru Dattatreya and Prana Devaru.

On the occasion of the tenth anniversary of Shri Samsthanam, ten revered sages in the state were cordially invited to the samsthanam. They held the convention of saints and their dharmic messages were recorded. It was a rare opportunity to listen to their preaching. 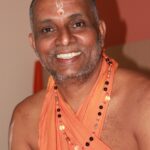 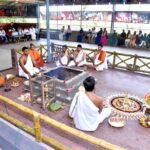